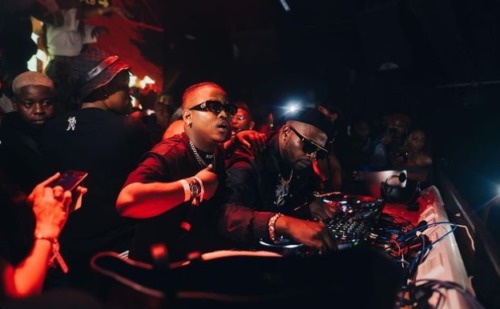 South African stars, DJ Maphorisa, Focalisitc and Uncle Waffles are busy securing the bags by shutting down places in the United Kingdom.

The dreams of many musicians to have mzansi sound go global has come true and it’s created a means for local and fast-rising stars to perform on international stages.

Over a week ago, Focalistic’s dream came true after performing for the first time in the O2 Arena at Davido’s concert.

Meanwhile, DJ Maphorisa is busy selling out shows in UK, and Uncle Waffles who is performing in UK for the first time is also seen shaking sold out venues during her tour.

The three SA musicians are touring places internationally which include, Glasgow, Birmingham, Manchester among other cities, and they are busy shutting down venues with amapiano sounds.

The support Lawd Phori is giving the two young stars is also heart-melting and some netizens have applauded the music producer.

Check out videos of how they shutdown UK below: