VIDEO: Rihanna’s Wax Statue At Madame Tussauds Berlin Leaves Twitter Scandalized: Rihanna’s wax statue at Madame Tussauds Berlin which was recently updated with a brand new look for the Christmas season, the figure left the fans disappointed as they claimed that it does not resemble the looks of the acclaimed musician. The updated statue replaced the singer’s signature red pixie hairdo with a long, black fringe hairstyle and lacy. Follow More Update On CmaTrends.com 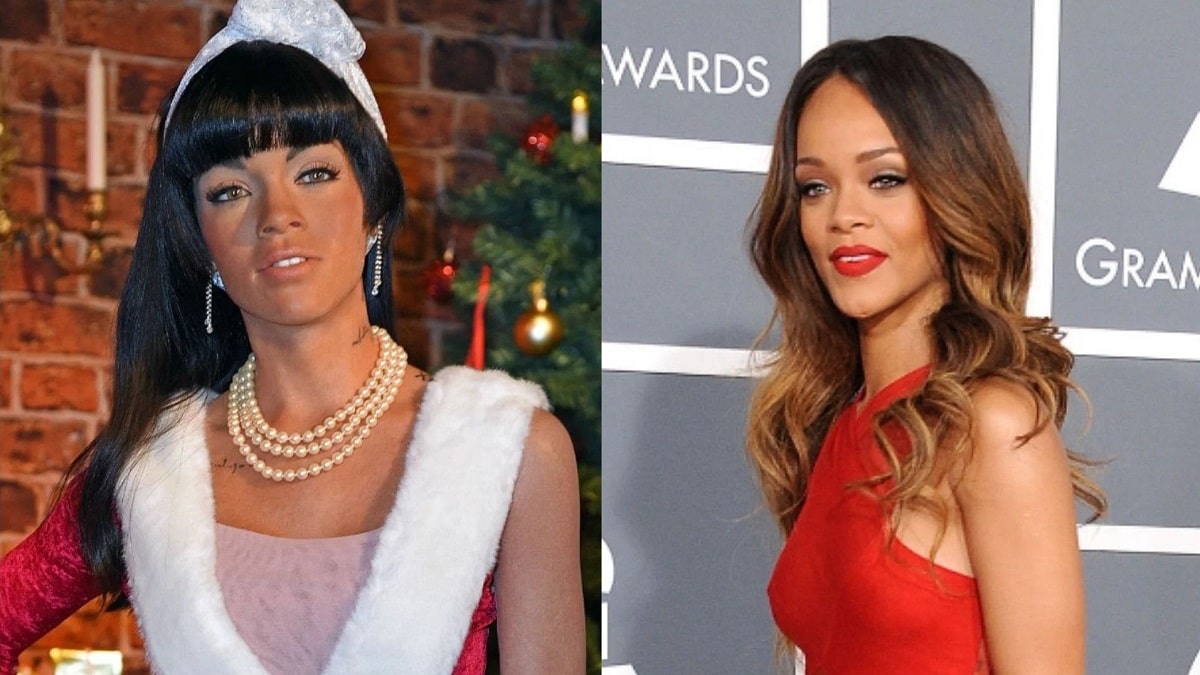 The latest figure also features pearl accessories and new tattoos but repeats the red Santa-themed jumpsuit from their 2015 update, the netizens mentioned the wax figure to mirror the Loud hitmaker’s current looks except for similar tattoos, there are numerous fans who even took Twitter to ask the museum to melt the statue with immediate effect.

Madame Tussauds Berlin first unveiled the Good Girl Gone Bad creators as a statue in the year 2011 and underwent a similar Christmas update in the year 2015, at the time, the figure sported the singer’s iconic hair from the Who’s That Chick music video but did not feature in any additional accessories. 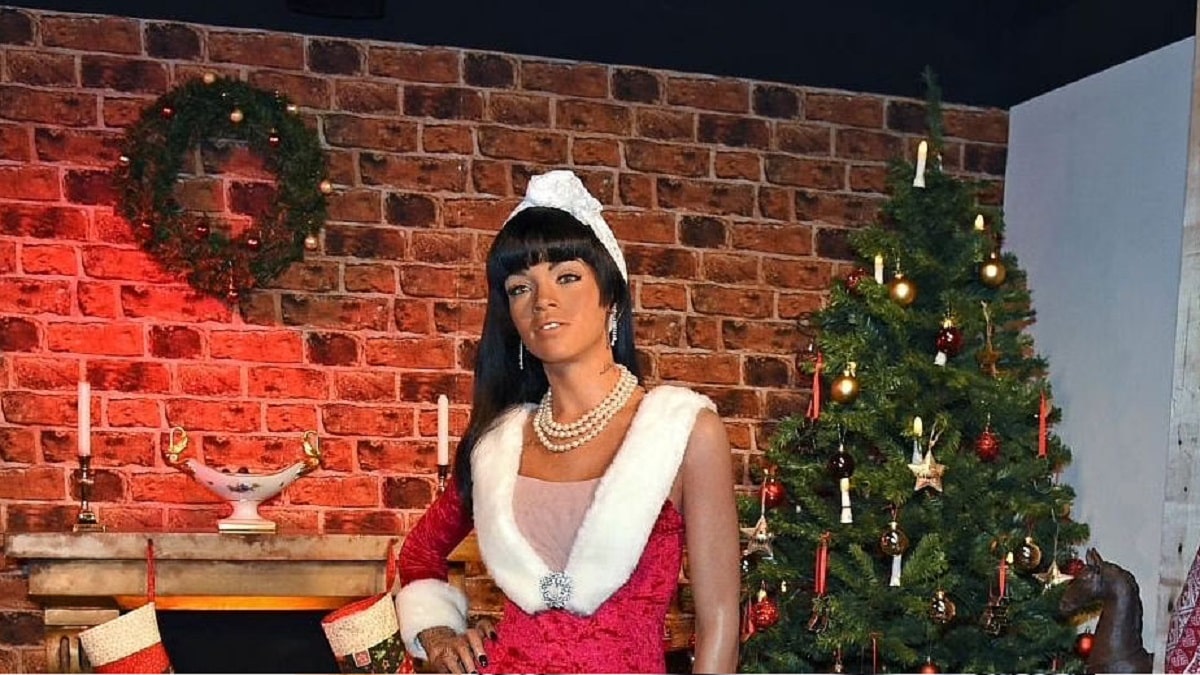 Madame Tussauds museum is recognized across the globe for the iconic wax figures and replication of eminent personalities through their wax statues, the museum initially opened in London in the year 1835 and has branched out to different cities and countries over the years.

The venue now serves as the major tourist attraction and features wax figures of renowned global celebrities, historical figures, and popular fictional characters from television and films, as one of the best-selling music artists of all time, Rihanna’s wax figures have been unveiled in numerous Madame Tussauds museums across different countries.

Fans have been far from impressed with the new features and took to social media to express their grievances about the was figures, there are so many people stating that there is too much work and references on her statue which makes it look like it is overdone.

There are reactions coming from all over the world when it comes to the updated version of the statue, it seems like most of the people are stating that the statue doesn’t resemble the star properly, there are probably going to be further details on the story, we are going to be on our toes in order to provide you with details as soon as something comes under our radar.

Rihanna’s wax figure at the Madame Tussauds Museum in Berlin, Germany, got a new look for Christmas. pic.twitter.com/M7n79Z0F6z

There’s way too many reference photos of Rihanna for that wax figure to look like a completely different person. It doesn’t even look like her cousin twice removed lmaoooo

Madame Tussauds Berlin: “Do you like your wax figure?”
Rihanna: pic.twitter.com/f1WZtx0t2I

That Rihanna wax figure… don’t look like her at all.

Getty Images has creepy wax figurine pics of Rihanna, #googledoesntknow of any rihanna references in live(.)love.a$ap, watched a couple of Masses from Barbados, went to church today for sixty seconds to say hi to the friends there present, watched skiing, congrats ms. Brignone🥳!

Who was John Mueller and what was his cause of death? Texas BBQ legend dead aged 52