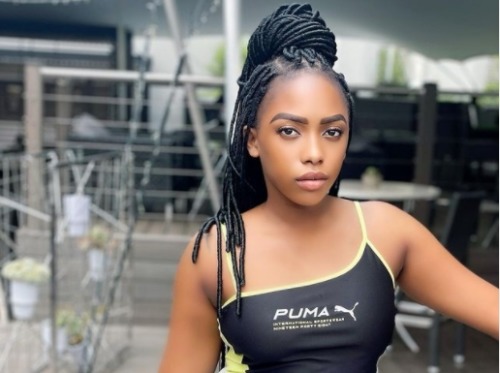 Gigi Lamayne reacts to rumors on being pregnant.

Over the weekend, the rapper shared steamy snaps of herself in lingerie and explicitly stated that she’s not pregnant, hence, people should stop spreading false news; the photo shared was an evidence to show unveil the state of her stomach.

“GUYs I’m NOT pregnant ! Gosh stop with the rumors,” she wrote.

P.S. I’m also NOT pregnant so stop with the rumours wow ! 😩😂 pic.twitter.com/BkWI9EwyOq

GUYs I’m NOT pregnant ! Gosh stop with the rumours 😩😩😩😩😩😩🙄 pic.twitter.com/pQe3LIgv1J

Upon her return, the singer also dismissed pregnancy rumors.