WATCH: Elephant Attacks Car In South Africa Video Goes Viral On Social Media: A tragic incident has happened in South Africa which holds the breath of the entire nation. An outing of the family to the iSimangaliso Wetland Park in KwaZulu-Natal turned into misery when a bull elephant charged, battered, and then flipped their vehicle at the weekend. As per the latest report, a Mtunzini family run away from deaths or a severe injury after their automobile was pounded and overturned. This incident has happened on a tourist road directing to the beach which is at Cape Vidal on Sunday morning. Follow More Update On CmaTrends.com 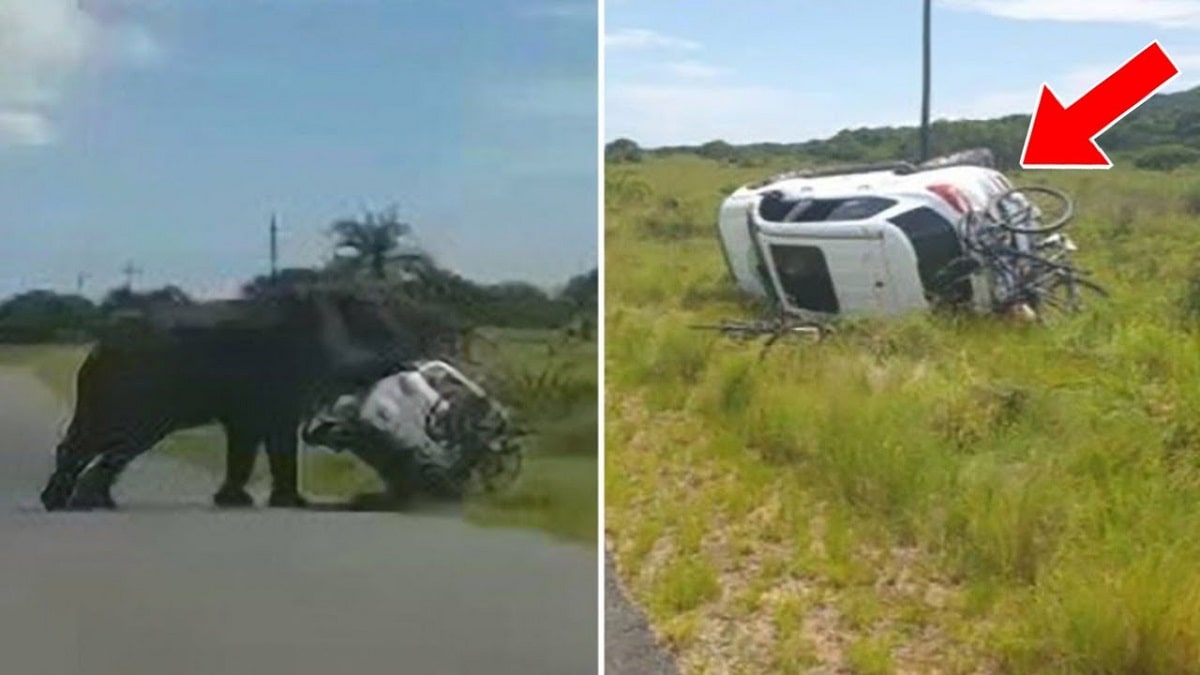 Officials from the iSimangaliso Wetland Park Authority did not respond to media queries on Sunday night, 16th January 2022, but trustworthy sources have asserted that the incident occurred near Catalina Bay on the eastern shore of Lake St Lucia. The park is home to a large number of pelicans, hippos, flamingos, and crocodiles.

Giraffes, leopards, and giraffes inhabit the forests and grasslands of the nearby Charters Creek and Western Shores areas. The video of the elephant attack has gone viral on social media which showcases that visitors to the park film an elephant as it pounces on a white Ford SUV off the side of a road. The driver of the automobile sounds his hooter constantly to get the attention of the elephant.

a lady can be heard asking him to put the vehicle into reverse and get ready to move. The driver informs the lady to “phone them”. She responds, “I do not know who to call”. Photos of the vehicle after the attack have also gone viral on several social media platforms. 4 bicycles which were belonging to the residents, the vehicle’s cracked windscreen, and dented bodywork can be watched in the photos.

All queries and calls made to the iSimangaliso Wetland Park went unresolved. As per Daily Maverick, the inhabitants of the vehicle were a family of four including a husband, wife, and their 2 children aged 8 and 10, from the coastal town of Mtunzini, who were reported to be seriously traumatized, but not severely hurt.

It is yet not clear why the elephant attacked the car but it is understood that a probe will be launched by park officials. Dramatic video footage taken by the inhabitants of another vehicle views the elephant shoving a white Ford 4×4 bakkie after it has overturned the vehicle onto its roof. Picutres making rounds all over the social media view that the windscreen was cracked, having dents to both sides of the vehicle.